Between incertitude and ignorance 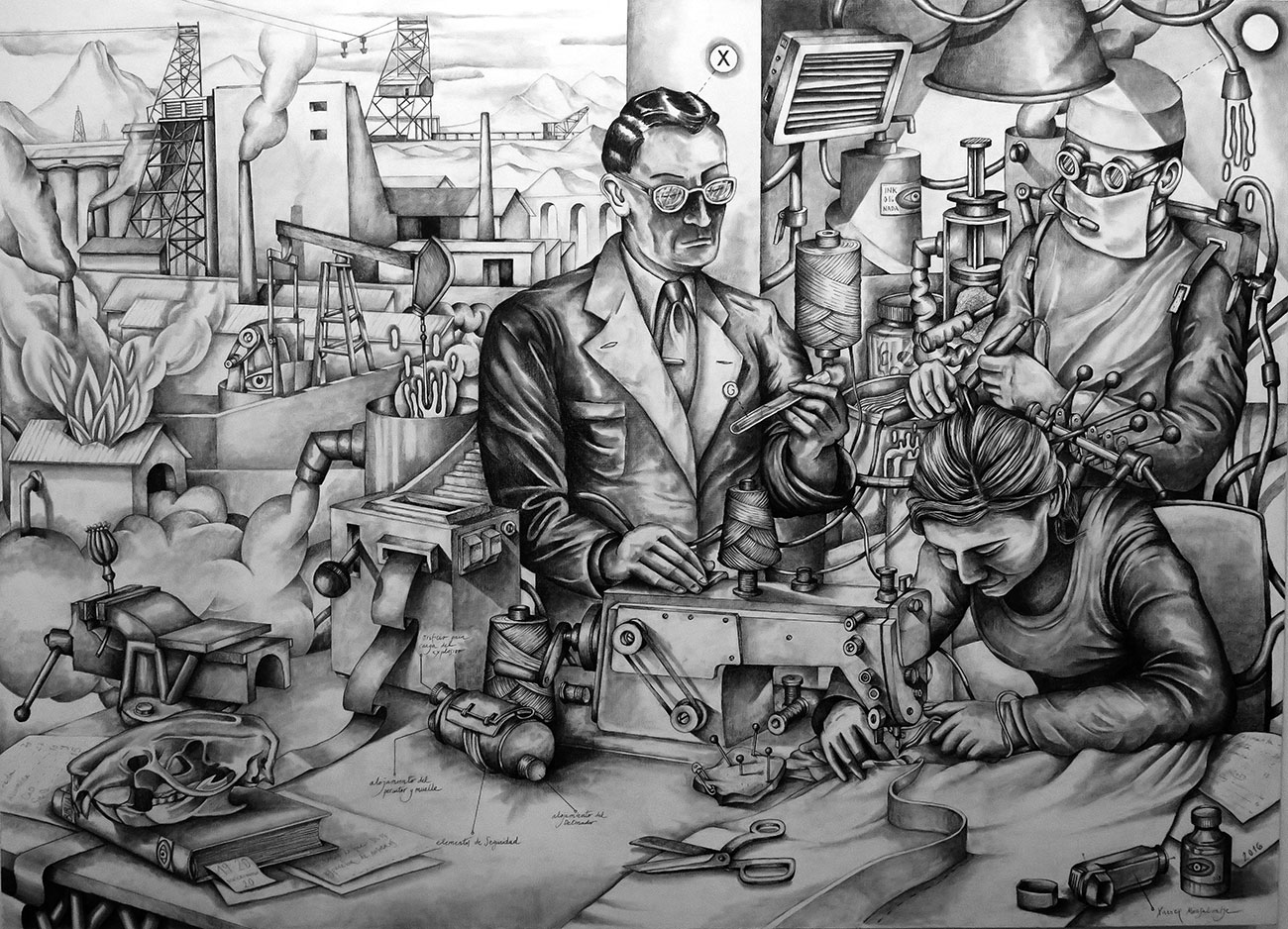 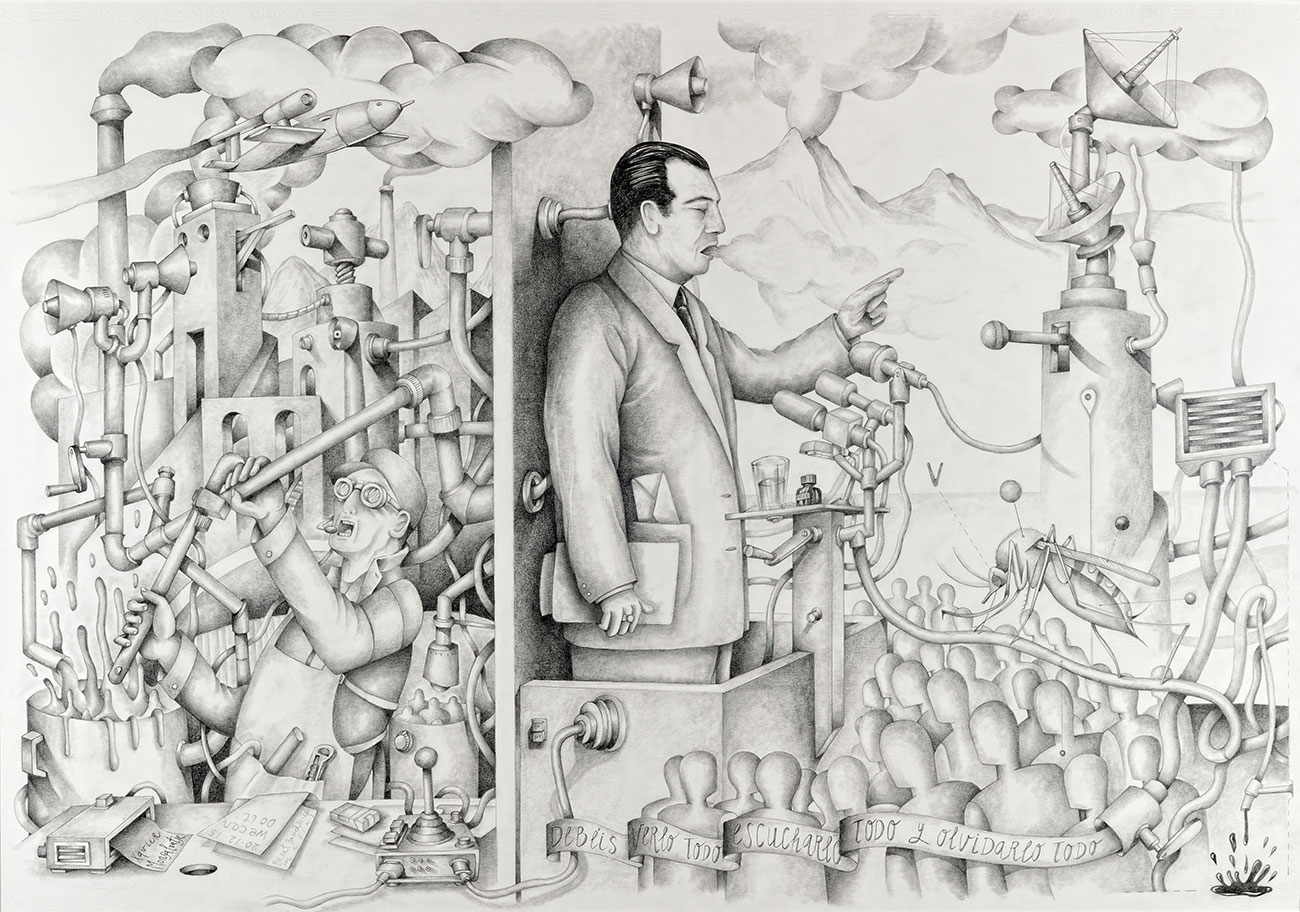 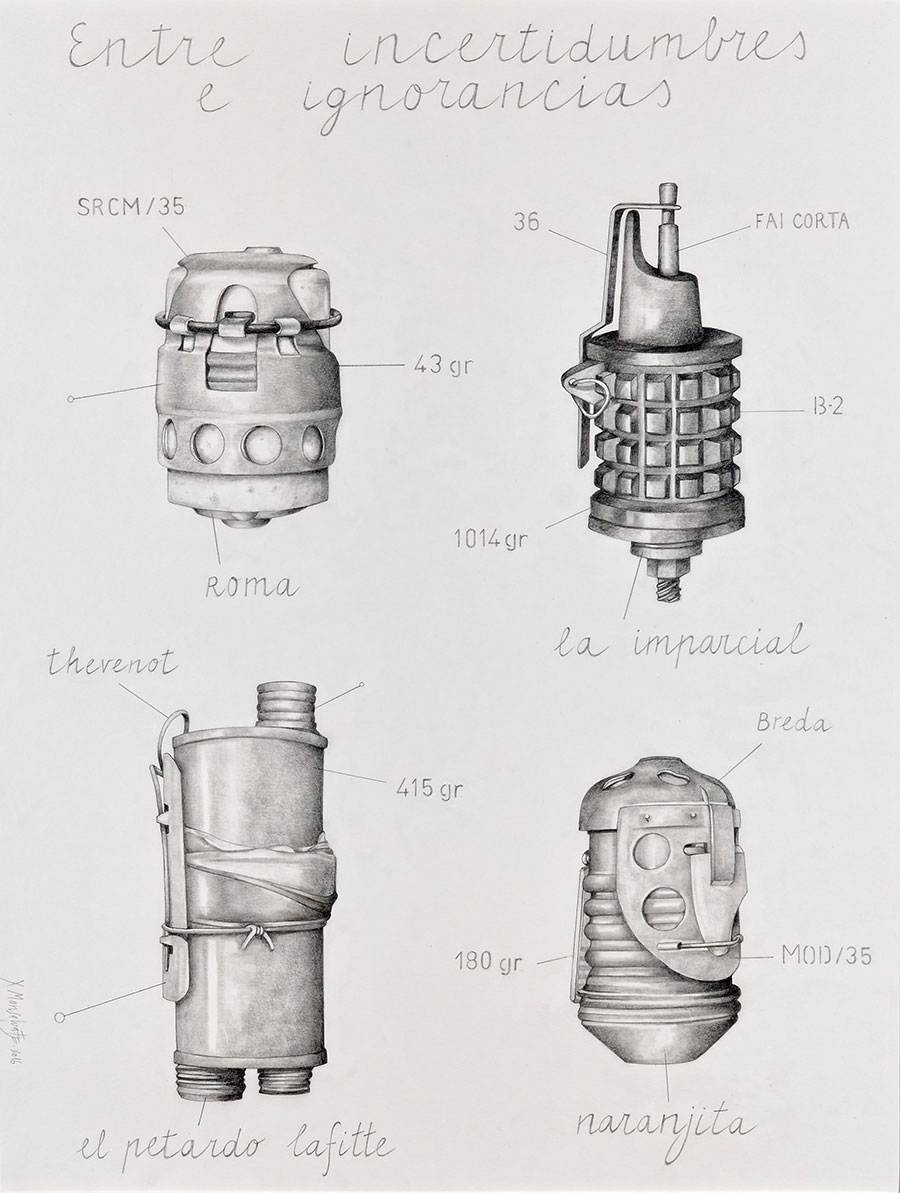 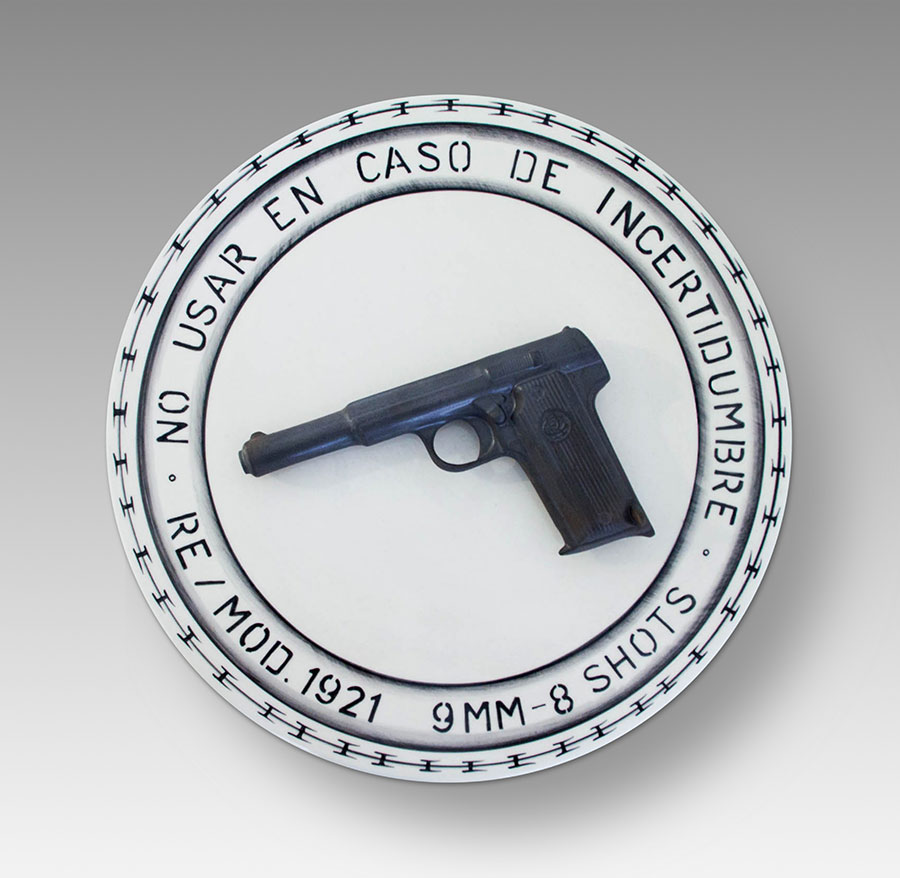 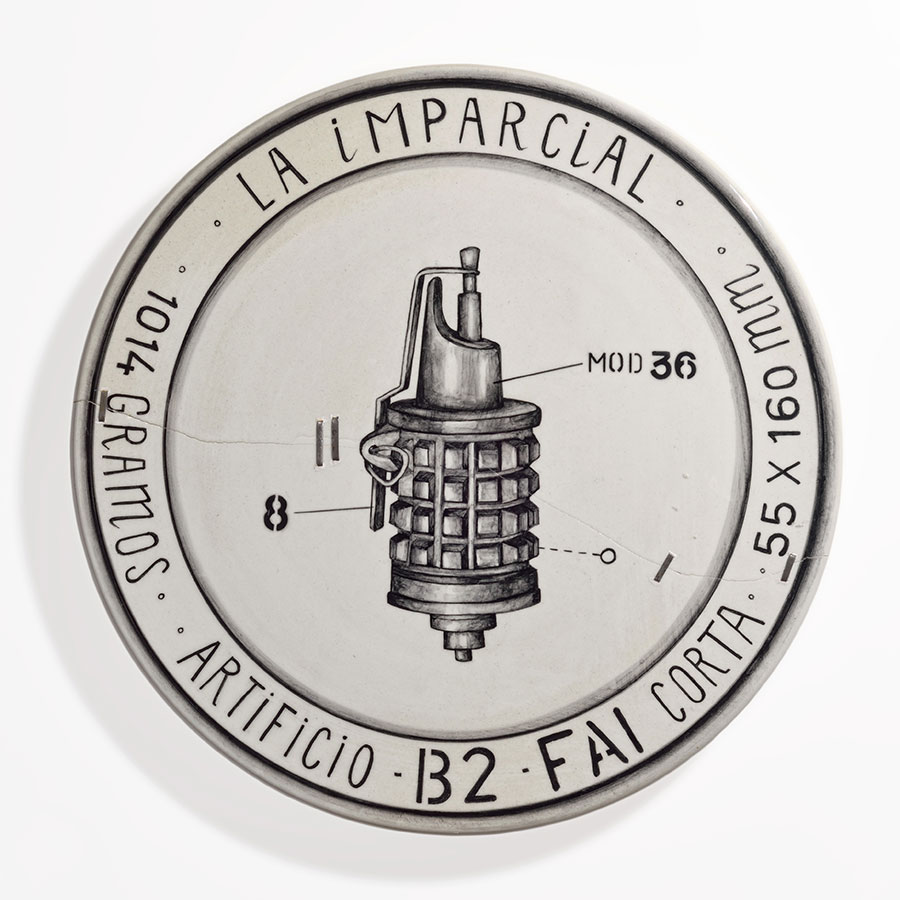 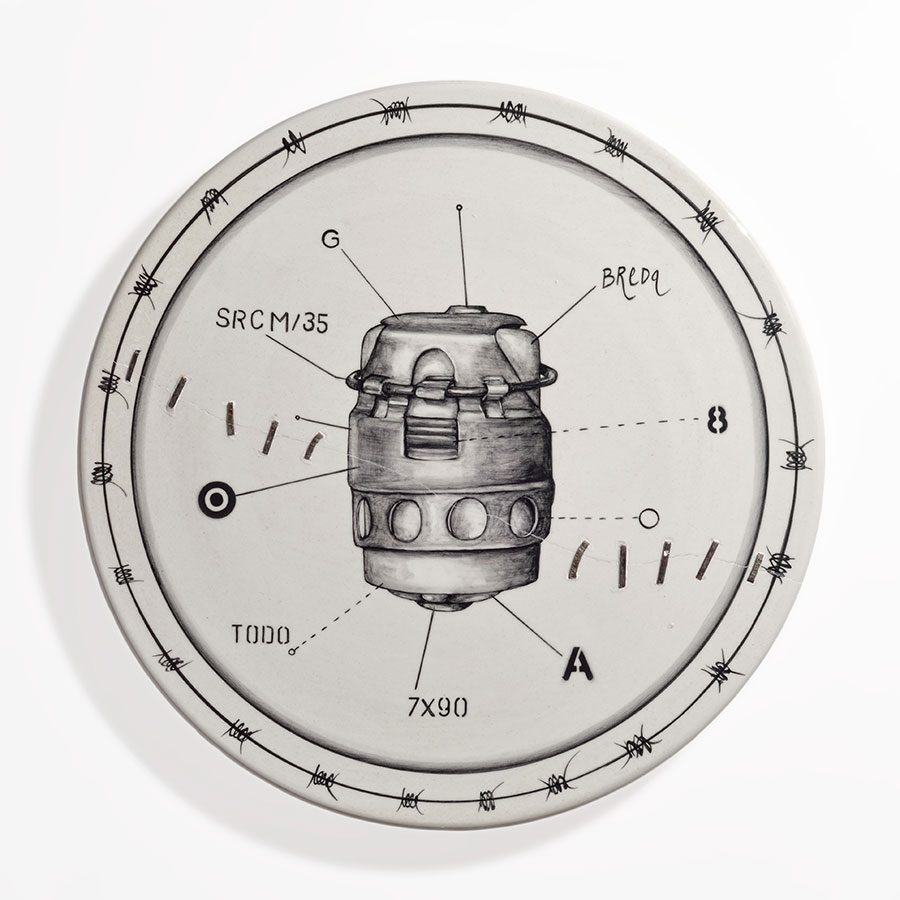 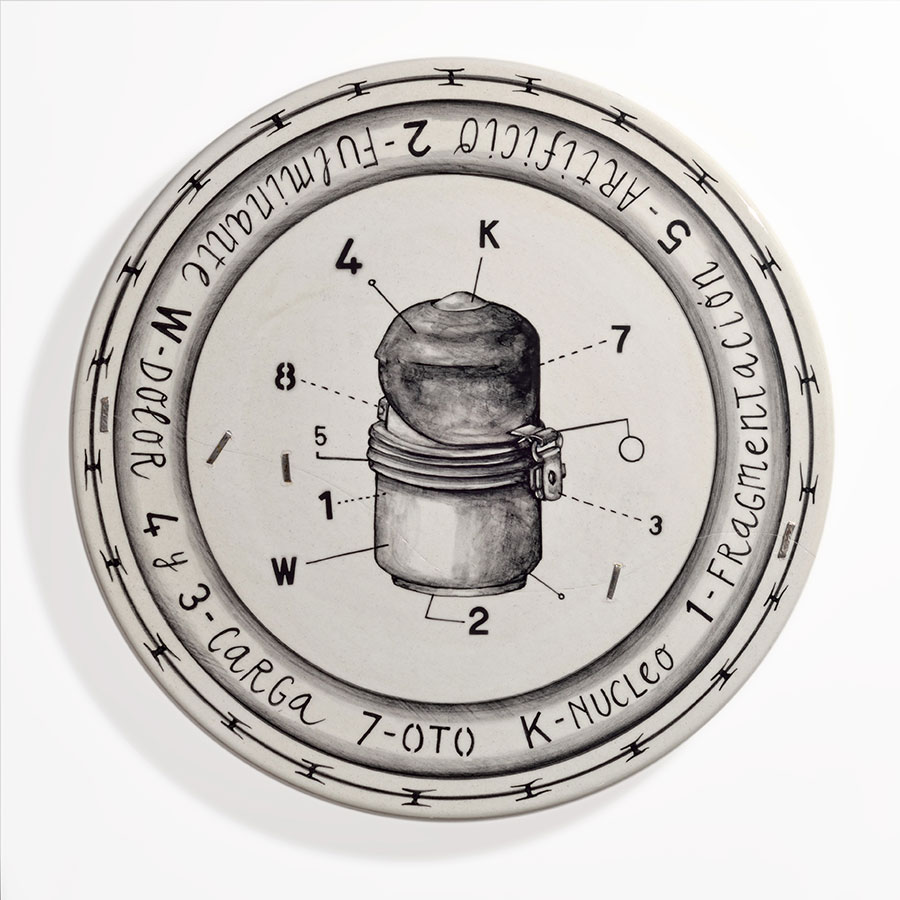 “Facts do not cease to exist because they are ignored”

Aldous Huxley
Time Must Have a Stop, 1944

Through the reproduction of several objects of military engineering which possess a common characteristic, that of resembling a different function for which they were actually designed, a series of images is developed with a message about the fragility of collective memory and the manipulation of power, a journey in which a symbolic iconography is fused with a narrative in which the individual appears locked in a scenography deformed by a savage industrialization and with the representation of an unscrupulous ruling class.

Perhaps the portrayed image of a grenade, as an element of destruction, allows us to articulate a message of reconstruction of the memory of what was a historical social fragmentation that still remains in time, ignored and with a certain measure of uncertainty. A critical and disenchanted vision of contemporary consumer society, the tale of power and its philosophy of fear, about the impact of modern progress on a postindustrial, dehumanized landscape, which is the memorial of our own evolution and
recent history, all on paper and ceramics. Ceramics as the backbone of the project, gives a wider meaning of both material and symbolic fragility and, at the same time, is a memory of daily life as represents the presence of a plain plate.