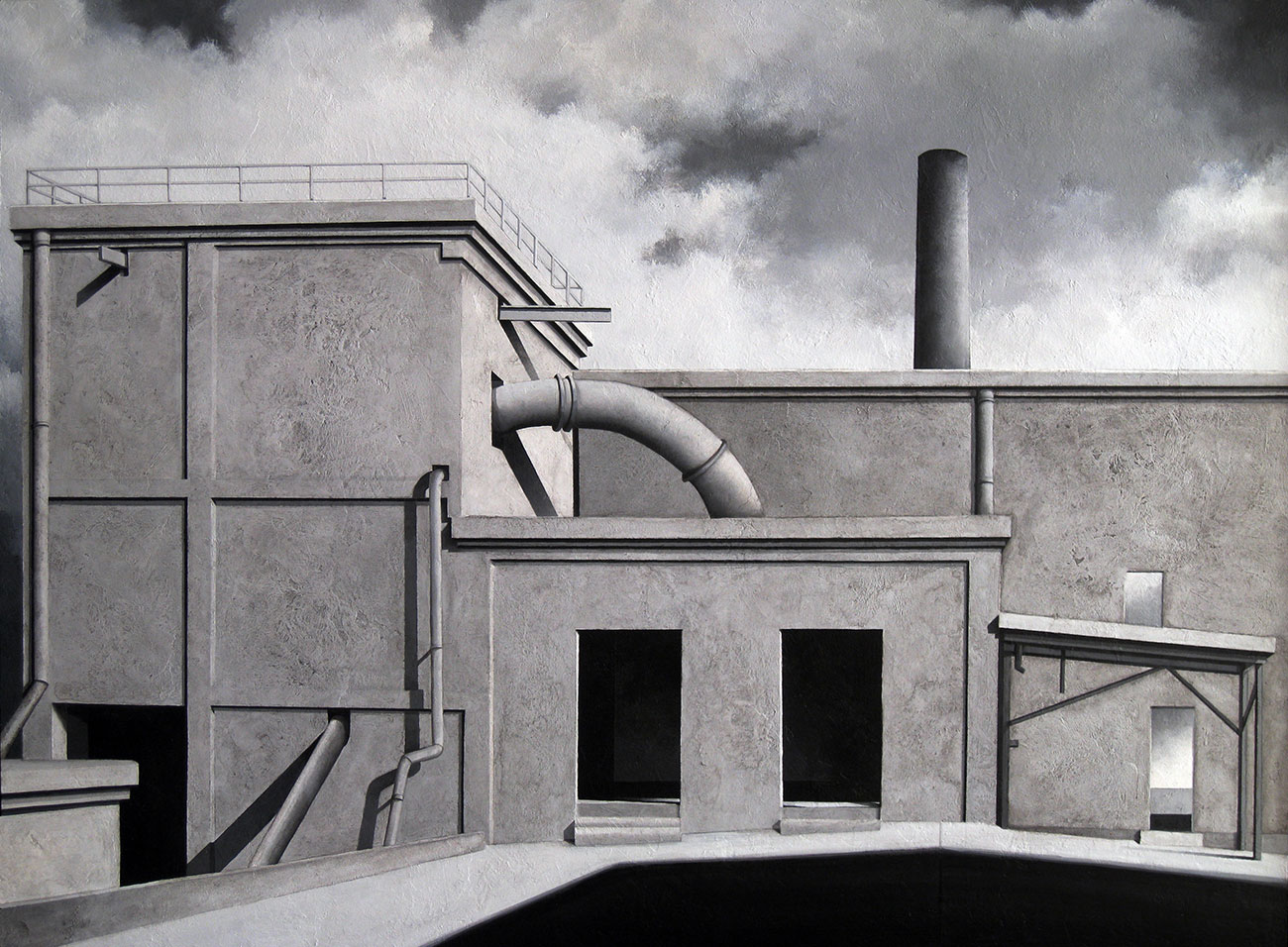 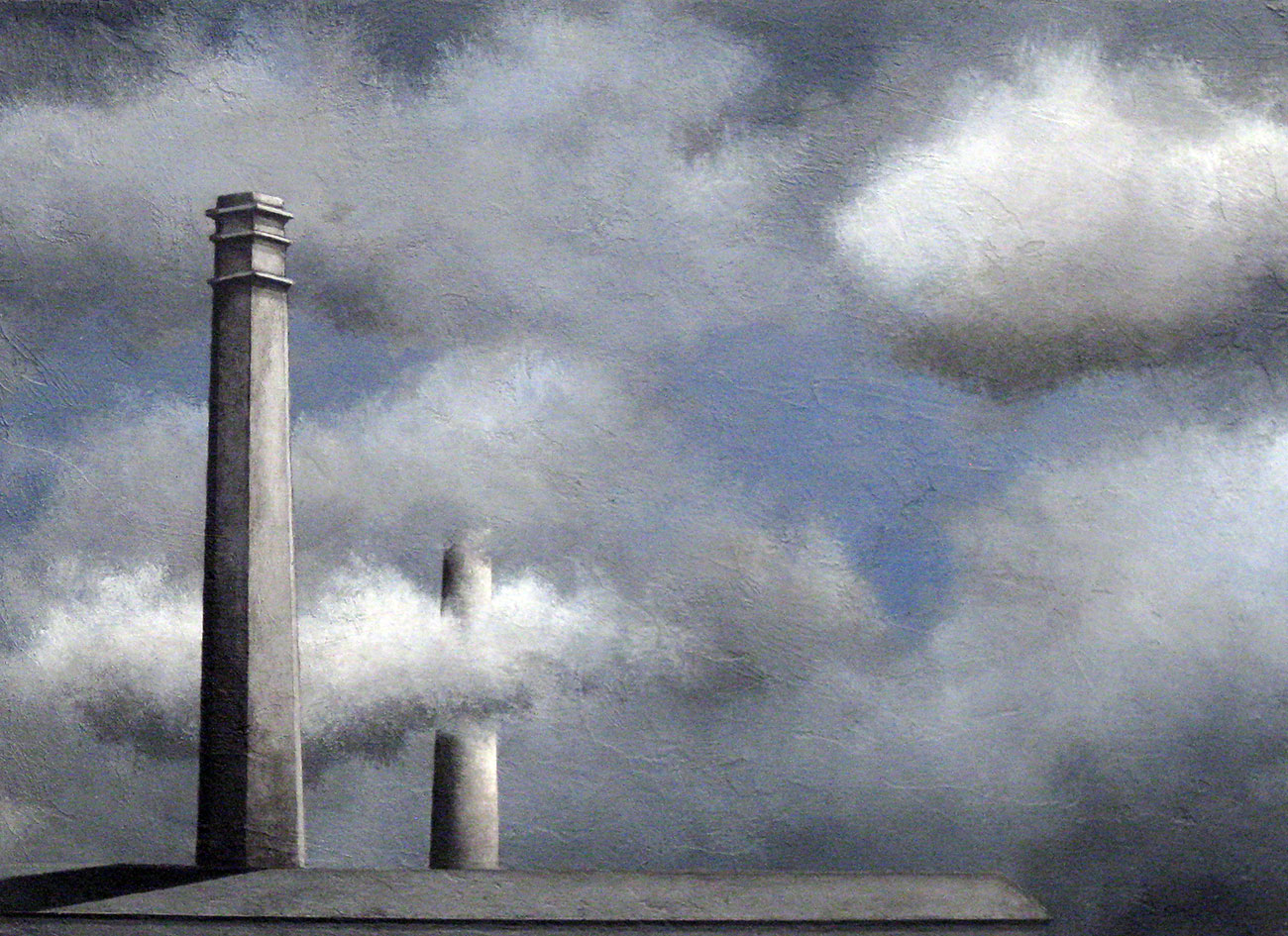 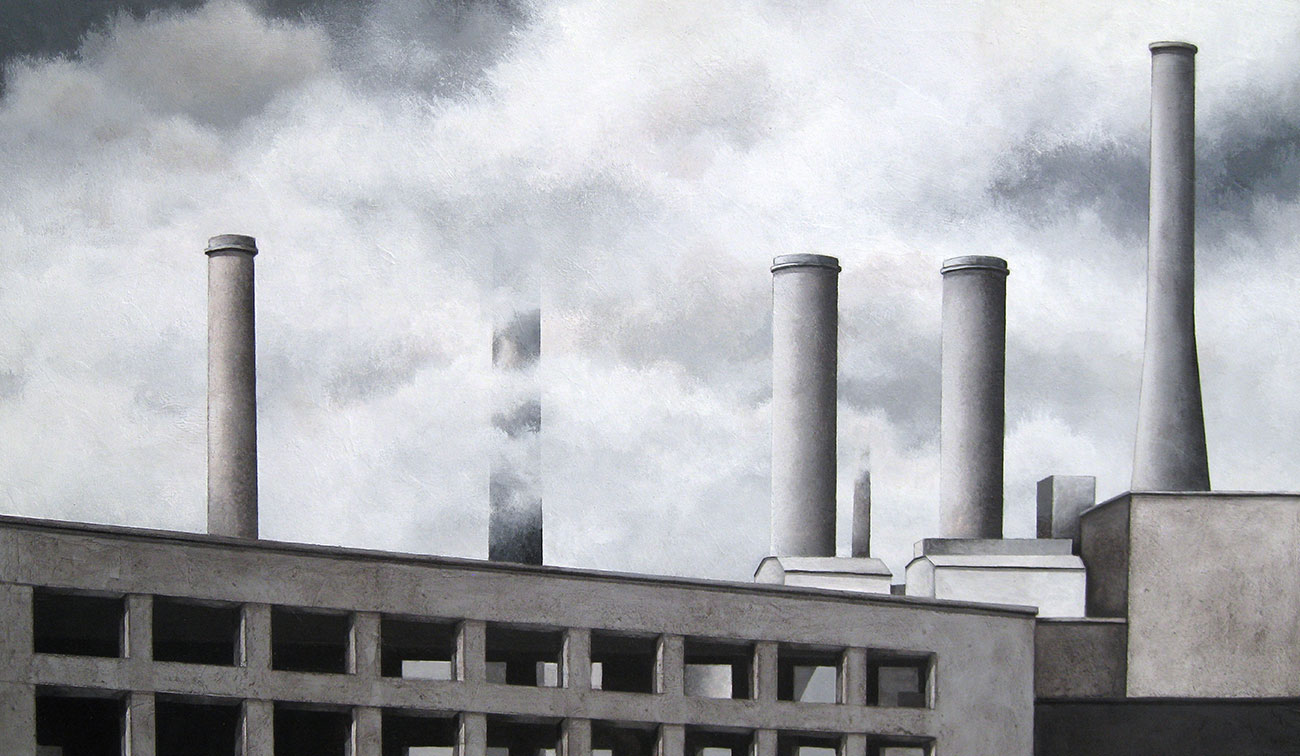 “The industrial building has such symbolic values that are able to create landscapes on its own, ideal or real, due to the strength and the foundational role that the myth of the technique has had, and still has, in the generation of attitudes and mentalities in the collective subconscious of the villages”.

“The factory is, indeed, an enormous construction which, far from being surrounded by trees, rises in the midst of a barren space, almost to the height of the nearby hills. Next to the building, a smokestack similar to an obelisk rises more than ten metres above the building, and seems to extend towards the heavens through the black clouds of smoke emerging from it”.

The abandonment to which the architecture (that sprung up and flourished under what is called the Industrial Revolution) is subject to , is a reflection of the contemporary view. It is the memory reflected in the buildings that were the mirror of a new religion, born under the name of progress of the twentieth century, it is converted or supplanted by a new belief; but this time with a different mask, more technocratic and wherein the microchip relegates the screw into the facets of the object of worship of social progress, and a supposed change in the both the current economic well being as well that of the information in industrialized societies.


This is a transition so evident, that on one hand you want to forget, as proven by the failures of certain production structures, letting time itself mark that abandonment. Once again it is time, the molecular rhythm that never ceases or only appears to be stopped where it has already passed, seemingly surreal but an unstopable modifier and eroder, which breaks down the dream of gears and grease as it has done before with other architectural forms. Typologically, some of the industrial construcitons of the past had hardly any predecessors; therefore, they can currently be considered as new industrial plant structures, architecturally compared to old buildings and cathedrals of the past. This is the symbiosis that is produced, in the resurgence of great temples of power, largely due to its intrusion into the landscape and urban modification, becoming elements of a glorios idolized progress. These structures led to a great impact on the thinking, the economy, and the society as a whole, breaking old parameters in fields as diverse as demography or aesthetics. These old buildings, occupiers of space and mark of the progress that seemed indelible and enduring, are the traces of an impulse and an era.