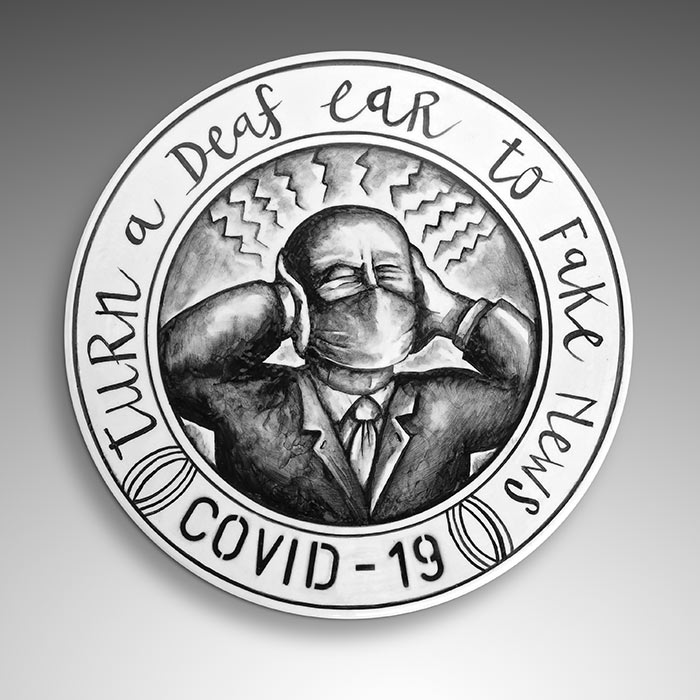 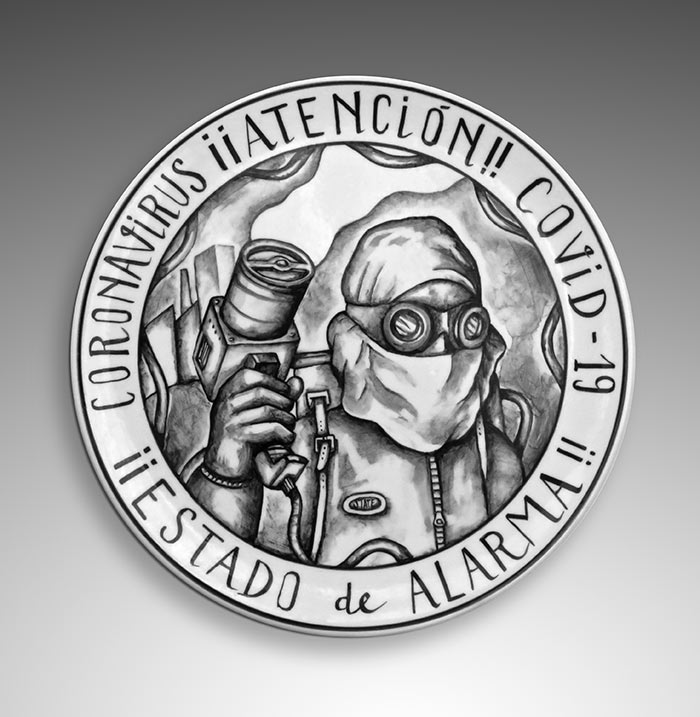 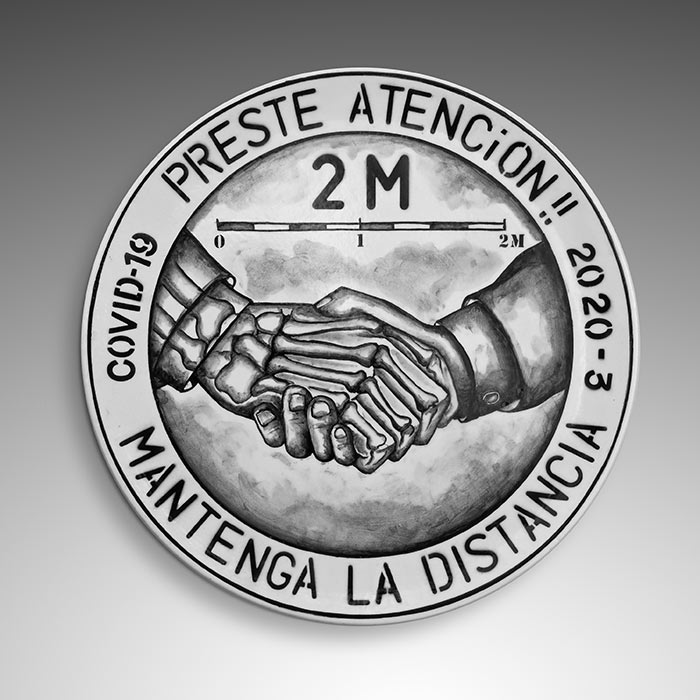 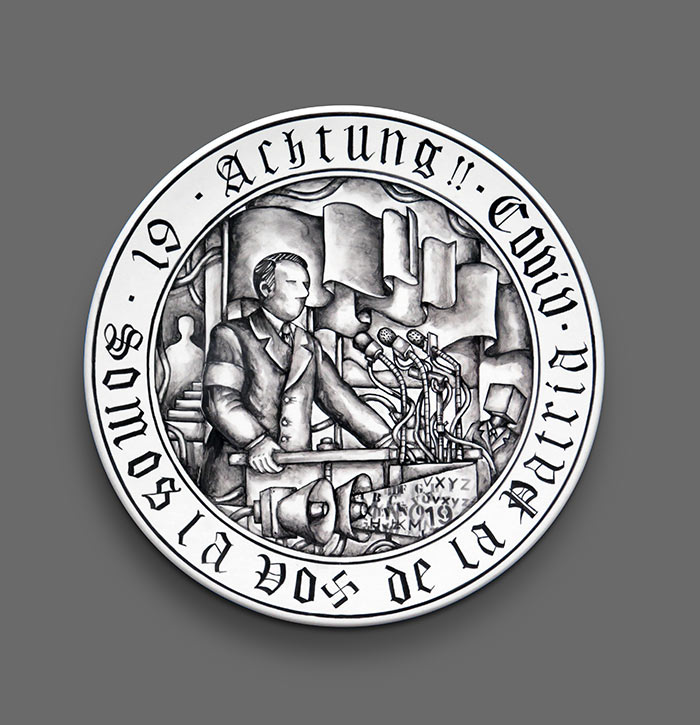 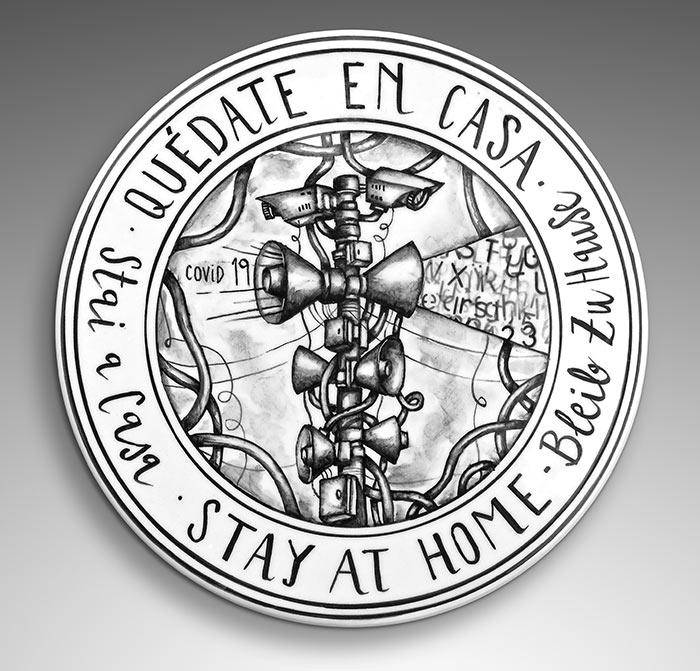 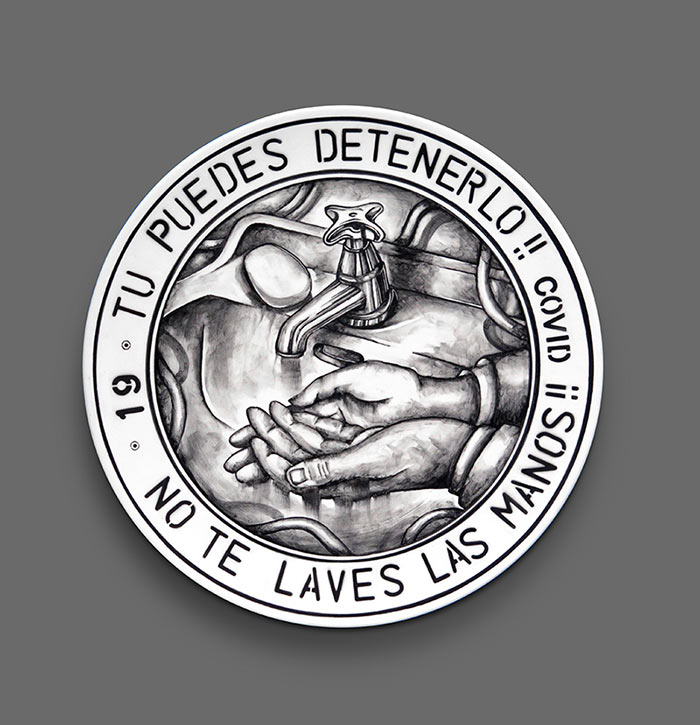 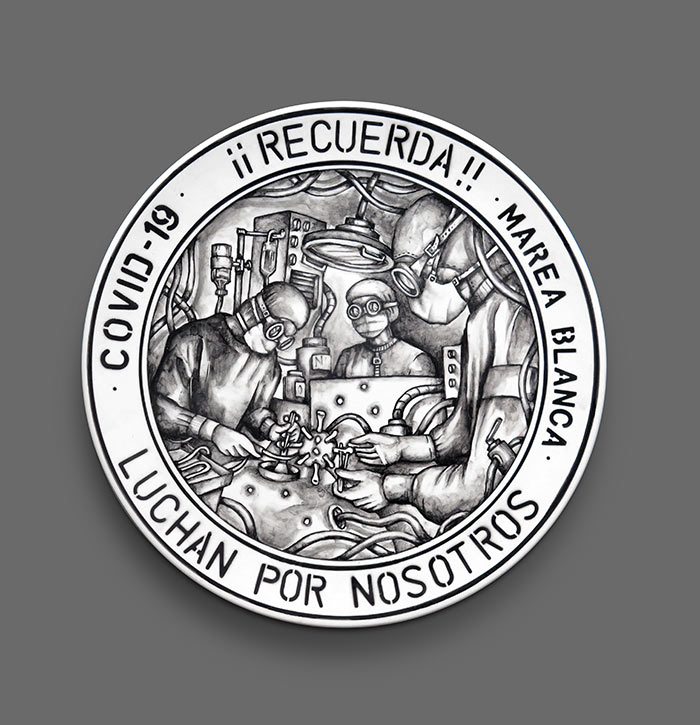 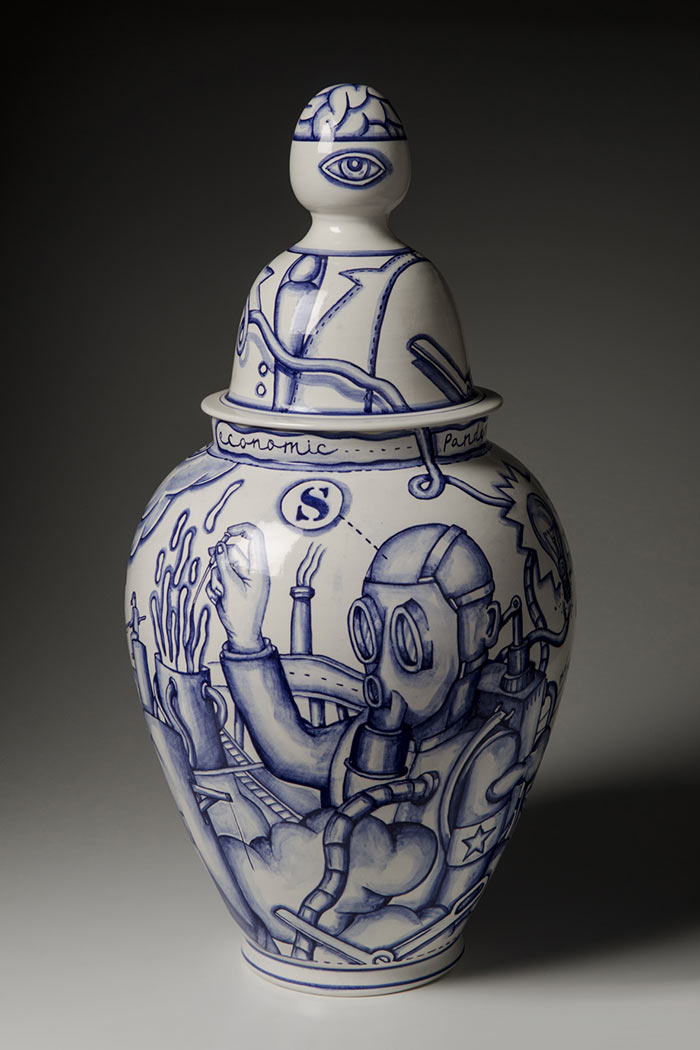 This series of works, although made in ceramics, are closer to the feld of illustration. What is never missing in Monsalvatje’s work is the nod to the paradox of making use of the traditional decorative techniques so common in ceramics throughout time and space, such as monochromatic painting on or under cover, used, however, as a means of expressing a narrative that goes far beyond decoration.

It is common in his works to use references to a post-apocalyptic future, to the misuse of science or to population control. In his series In Permanent Danger these obsessions were already refected, together with fears such as war, disinformation, the elites that control both the systems of production and distribution and the media that sell us reality, whether false or authentic according to their own interests. We saw all this in Xavier’s works even before permanent danger reached us in a natural way, as a contagious disease. There is something ironic about this new series on the global pandemic (as far as one can go with irony when faced with such a dramatic subject). This irony seems to lie in the artist’s use of images in relation to written messages, in the form of propaganda proclamations, which can take us back to the propaganda posters used by the Soviets. When this form of writing the advice (real and appropriate) is combined with disturbing images, irony can arise. These images, which in previous series might have seemed derived from flms about post-nuclear apocalypse, with people covered in masks and anti-radiation suits, have become a sad reality, almost normal these days.